Come sit in the barn as we go over some military books! 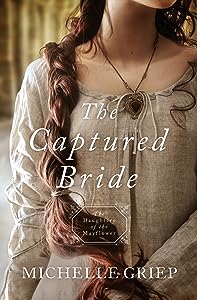 Mercy Lytton, a scout with keen eyesight raised among the Mohawks, and Elias Dubois, a condemned traitor working both sides of the conflict, must join together to get a shipment of gold safely into British hands.A brand new series for fans of all things related to history, romance, adventure, faith, and family trees.  A War-Torn Countryside Is No Place for a Lady Mercy Lytton is a lady like none other. Raised amongst the Mohawks, she straddles two cultures, yet each are united in one cause. . .to defeat the French. Born with a rare gift of unusually keen eyesight, she is chosen as a scout to accompany a team of men on a dangerous mission. Yet it is not her life that is threatened. It is her heart.  Condemned as a traitor, Elias Dubois faces the gallows. At the last minute, he is offered his freedom if he consents to accompany a stolen shipment of French gold to a nearby fort—but he is the one they stole it from in the first place. It turns out that the real thief is the beguiling woman, Mercy Lytton, for she steals his every waking thought.   Can love survive divided loyalties in a backcountry wilderness? Join the adventure as the Daughters of the Mayflower series continues with The Captured Bride by Michelle Griep.
My Review
Goodreads
(My thoughts in this book: Check out my review at the above link!)

The year is 1836. A mysterious young English soldier known as the “Boy Colonel” commands a crack regiment in the snowy wastelands of Siberia. No one knows his history. No one knows his name. The Cossacks want him dead—but are they the only ones? It seems his worst enemy may wear an English uniform.The Boy Colonel strives to perform his duty, but when that duty becomes mixed he must decide which sovereign is greater — the king of England, or the God of the Bible. Treachery, intimidation, and deceit block his path. His choice of allegiance may mean the difference between life and death. Is he prepared to risk all to protect his loved ones?
Goodreads
(My thoughts on this book: I love this series! I know that’s not much but I’ll do a full review later, for now, it has 4 stars with a recommendation of 13 up.)

American Heroes: On the Homefront 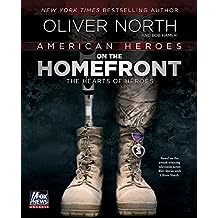 Combat-decorated Marine Oliver North delivers a riveting firsthand account of the extraordinary young American volunteers—the best and bravest of their generation—who stepped forward to defend us from radical Islamic terror. For more than a dozen years North and his award-winning documentary team from FOX News Channel’s War Stories have traveled to the frontlines of the War on Terror to profile the dedicated men and women who serve our nation in harm’s way and chronicle what it truly means to be a hero. This time, he follows them from the battlefield to the homefront and finds extraordinary inspiration in their triumph over life-altering adversity.In this new volume of his New York Times bestselling American Heroes series, North describes in vivid detail the breathtaking courage, steadfast commitment, and resilient strength of those who serve—and those who love them. The term “selfless devotion” may be a cliché to many in our modern culture—but not to the men and women on the pages of this book. Their stories resound with bravery, a warrior ethos, and spiritual strength that ought to encourage us all.Heroes are people who knowingly place themselves at risk for the benefit of others. They give of themselves, literally and physically. Since the terror attack of 9-11- 01, more than 2 million young Americans have volunteered to serve in difficult and dangerous places. No military force in history has been asked to do more than those who have served and sacrificed in this long fight. They are American heroes. So too are their loved ones here at home. These are their stories.
Goodreads
(My thoughts on this book: My Dad got this book when Evangelist Tim Lee visited a church that we went to, a while later I read it since I’m interested in the military and am now doing research for a book. The stories of most of the heroes and their families was hard to read because they sacrificed so much for our country, but I was happy to learn more about these amazing people. Recommended for 13 up with 5 stars.)

Ben Alcott finds himself shot down behind enemy lines, while Kate’s determination to be a war correspondent is tested by the sinking of the Lusitania.
Goodreads
(My thoughts on this book: I only put the third book but really it is the whole of the Alcott Legacy that I want to share with you. “I personally think that there are some parts that border on inappropriate with the characters’ words in the second book, one of the minor characters in the beginning of the second book wasn’t in a good place before she got saved, and there was a character who was really crude. The books never go into detail about what happened or happens though, I recommend that you read the second carefully it never gets inappropriate but things are suggested by unsaved characters. The first and third are good though there are some parts where how they talk is slightly inappropriate.” When I did a spotlight on the books in this series, and I was asked if there was inappropriate content and that was my reply, while I love this series it is 3 to 4 stars with a recommendation of 15 up and should be read with caution.)

It Took A War 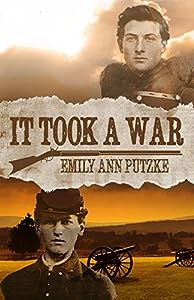 1861 – Sixteen year old Joe Roberts leads a mundane life as far as he’s concerned. His world spins in the same circle each day: working at his family’s store, taking his sisters on boyish escapades and bickering with his rogue of a cousin, Lucas. Joe can’t understand why his mother allows Lucas to live and work with them after all the pain he caused their family. When war is declared, Joe is quick to join up and become a soldier with the 11th Pennsylvania Volunteers, but war is nothing like he imagined. To make matters worse, he must endure having Lucas in the same regiment. Can Joe put the pain of the past behind him? Forgiveness is easier said than done.
Goodreads
(My thoughts on this book: This is one of my favorite books set during/around the civil war, I loved the characters and plot, but didn’t see the ending coming like it did! Review to come (I’m sure you are tired of seeing that, but . . . I’m working on it!) 4 stars great for 13 up.) 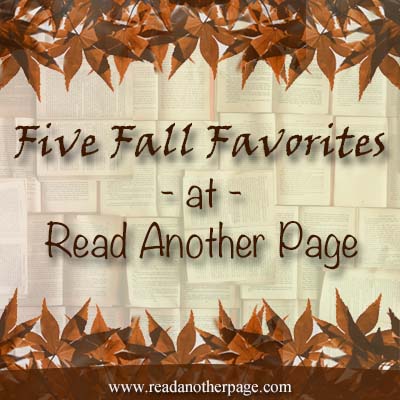