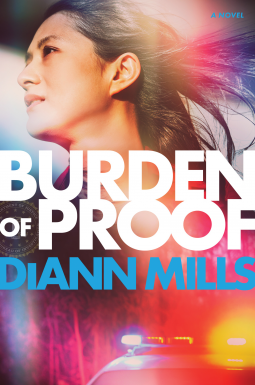 About: Reeling from a negotiation gone wrong, FBI Special Agent April Ramos is caught off guard when a frazzled young woman shoves a crying baby into her arms, then disappears. Worry for the child’s safety quickly turns to fear when a man claiming to be the girl’s father abducts them at gunpoint. April puts her hostage negotiation skills to use to learn more about who she’s dealing with: Jason Snyder, a fugitive accused of murder.

As Jason spins a tall tale about being framed for the killing of his business partner, April must sort through his claims to find the truth. A truth that becomes all the more evident after April overhears a conversation between Jason and the local sheriff and realizes something more sinister may be happening in their small town of Sweet Briar, Texas. But aligning herself with a known fugitive to uncover the burden of proof could cost April her job . . . or worse, her life and the lives of other innocent people.

My favorite character/s: Jason was an excellent hero for this book. His character and need for justice were interesting and then his want to protect his daughter was sweet.

It was interesting to follow April’s story after she was suddenly pulled into the middle of a crime and forced to care for a little girl.

My Verse for April is Mark 9:24
And straightway the father of the child cried out, and said with tears, Lord, I believe; help thou mine unbelief. (King James Version.)
My Thoughts: I’ve enjoyed DiAnn Mills’ western and I like suspense so I thought I’d try this one and I’m glad I did! It didn’t end like I thought it would but it was still intriguing and fast paced without a pause in the action and suspense. Though a few things were somewhat unrealistic. I now believe I need to read more suspense books from DiAnn Mills.

Warnings: There are two murders committed though not shown on screen, a man had beat his wife before she disappeared. A man jumps from a roof at the beginning of the book.

I received this book in exchange for my honest review and a truly happy to provide it — all thoughts as my own.