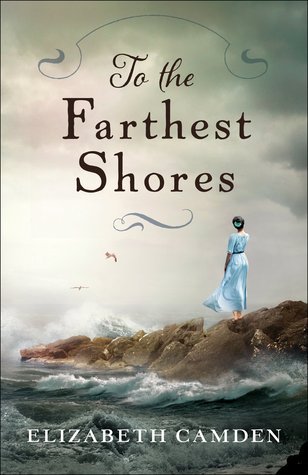 About: The unpredictability of her upbringing prepared army nurse Jenny Bennett to face any challenger at the Presidio Army base, but the sudden reappearance in her life of the dashing naval officer who broke her heart six years ago is enough to rattle even her.

Lieutenant Ryan Gallagher is one of the few men in the world qualified to carry out a daring government mission overseas–an assignment that destroyed his reputation and broke the heart of the only woman he ever loved. Honor-bound never to reveal where he was during those years, he can’t tell Jenny the truth, or it will endanger an ongoing mission and put thousands of lives at risk.

Ryan thinks he may have finally found a solution to his impossible situation, but he needs Jenny’s help. While her loyalty to her country compels her to agree, she was too badly hurt to fall for Ryan again despite his determination to win her back. When an unknown threat from Ryan’s past puts everything at risk–including his life–can they overcome the seemingly insurmountable odds stacked against them in time?

My Recommendation: 17/18 up, warnings below.

My favorite character/s: Ryan is a soft sweet guy that makes quite s few mistakes with the girl he loves. (Mistakes mentioned often and not something you want to read under 16/18 years old.)

About Jenny, um, I couldn’t really connect with her and it felt like she kept going through a loop with her feelings for Ryan.

My Thoughts: While I loved this book and the whole adorable thing the mistakes that Ryan made were brought up A LOT and I just didn’t like that. Though there is redemption for the characters the suggestions and mentions of the characters sins were shown throughout the book. Then there’s Finn… Who I loved at the end and want to know what happens to him. (I’ll have to check out the author’s other books!)
Other than that To The Furthest Shore is a wonderful novel and I loved learning about pearls and how they are grown. And Lily! She was so lovable, cute, sweet, and I wanted to hug the poor girl!

Warnings: A child is born out of wedlock, a woman is abandoned by the man she loves, drugs, drinking and bribing mentioned/done and there are attempts on characters lives.